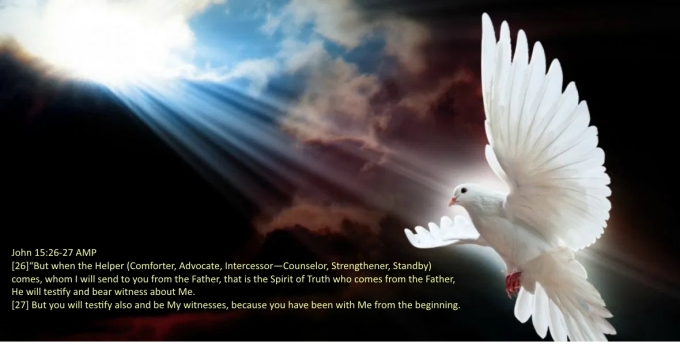 THOUGHT OF THE DAY

Ephesians 1:9-14 AMP
[9] He made known to us the mystery of His will according to His good pleasure, which He purposed in Christ, [10] with regard to the fulfillment of the times [that is, the end of history, the climax of the ages]-to bring all things together in Christ, [both] things in the heavens and things on the earth. [11] In Him also we have received an inheritance [a destiny-we were claimed by God as His own], having been predestined (chosen, appointed beforehand) according to the purpose of Him who works everything in agreement with the counsel and design of His will, [12] so that we who were the first to hope in Christ [who first put our confidence in Him as our Lord and Savior] would exist to the praise of His glory. [13] In Him, you also, when you heard the word of truth, the good news of your salvation, and [as a result] believed in Him, were stamped with the seal of the promised Holy Spirit [the One promised by Christ] as owned and protected [by God]. [14] The Spirit is the guarantee [the first installment, the pledge, a foretaste] of our inheritance until the redemption of God’s own [purchased] possession [His believers], to the praise of His glory.